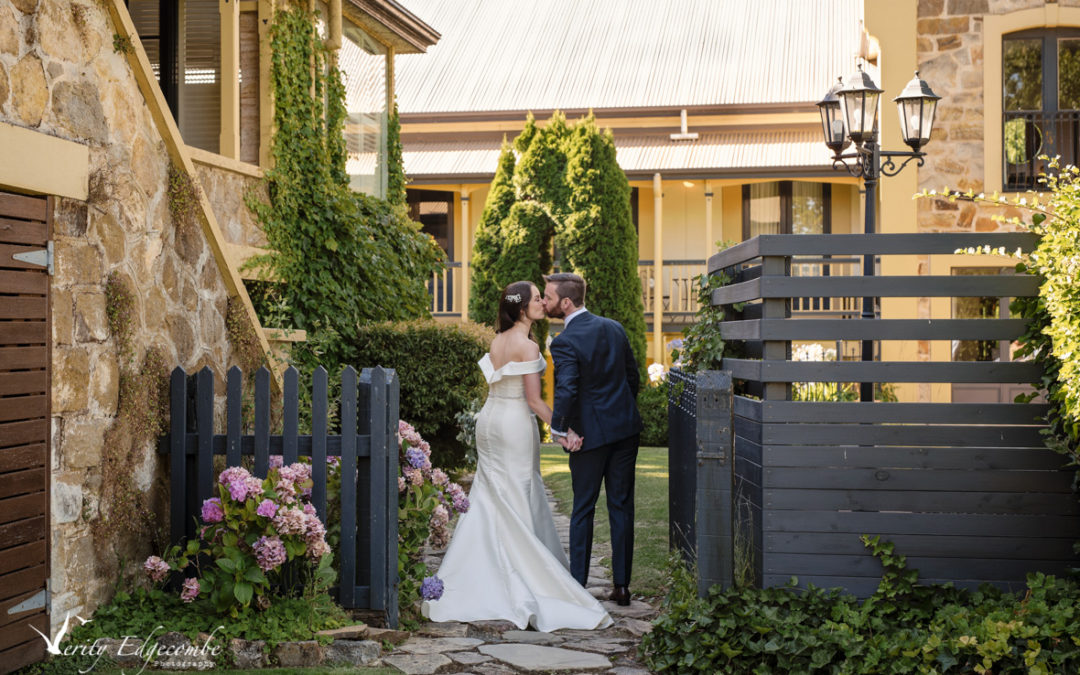 Michael and Aideen intended to marry in 2020 in their home country of Ireland, with their family surrounding them. Then COVID-19 hit! They postponed their celebrations but marked that would-be wedding weekend at Mount Lofty House, complete with champagne from parents in Ireland and a photoshoot to mark the occasion.
When it became apparent that a 2021 wedding in the Emerald Isle would still be impossible, this enchanting couple married on the tiered lawns of Mount Lofty House, overlooking the Piccadilly Ranges, accompanied by a group of friends and the family’s sole representative, a cousin who flew in from Perth for the occasion.

“All that I am, I give to you
All that I have, I share with you
No matter what the future holds
I will love and cherish you
All the days of my life”

Canapes were served on the lawns and in the lobby and a reception followed in the Piccadilly Panorama Restaurant. The band played, speeches were made in lilting Irish accents, and everyone wished them all the best of Aussie luck!
One day, hopefully not too far into the future, another celebration will be had … this time with a pint of Guinness and some shamrocks for luck!