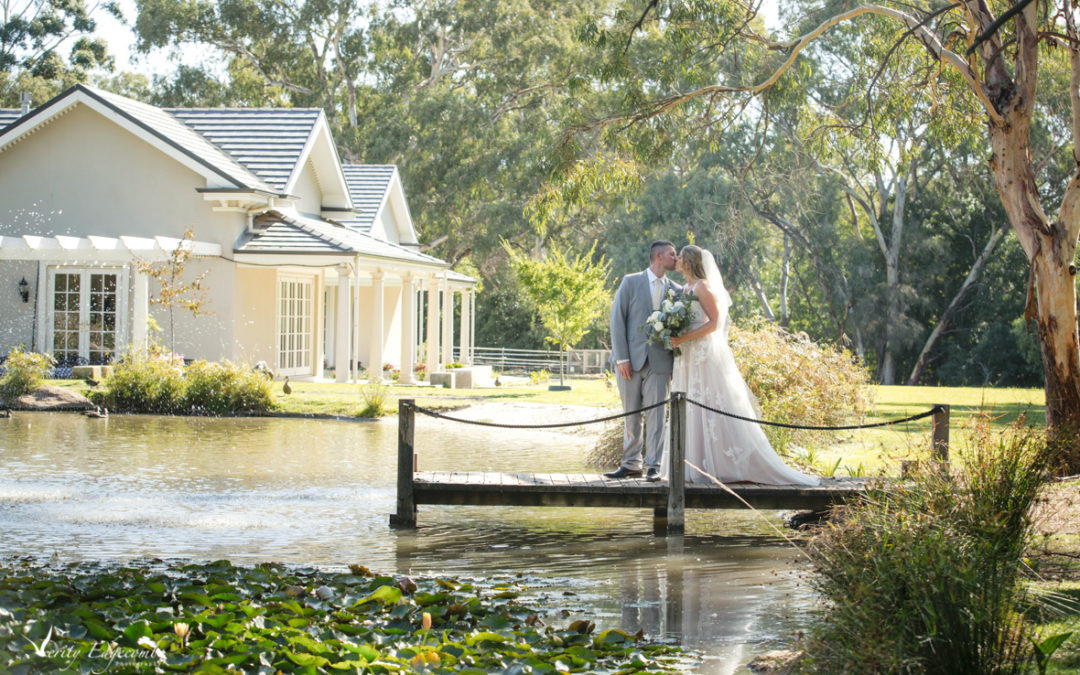 Daniel and Ashleigh live down the road from Yatahlia Manor. They often went past, peeking through the iron gates and admiring the estate. When Daniel popped the question and asked Ashleigh for her hand in marriage, they started thinking about where they could have their wedding ceremony. With their reception at the National Wine Centre, the thoughtful couple somewhere that wasn’t too much travel into the city. It’s then they had the brave idea of writing to the owners of Yatahlia and basically getting on bended knees, but on paper, to ask if it would be possible to have their wedding ceremony on the lawns of the estate. Little did they know that Gary and Lorelie are the sweetest of couples and were delighted Daniel and Ash asked. They went over for a chat that same day, and the deal sealed!

Yatahlia Manor is on 7 acres of beautifully landscaped land. This hasn’t come without a load of hard work. Many, many hours of labour by Gary and Lorelie and a team of workers. Once a council dumping ground and a pottery factory, it’s now a little bit of paradise for Gary and Lorelie and family and a place to stay or grounds to hire for intimate wedding ceremonies.
Married by the large duck pond, the lovely Daniel and Ashleigh committed their lives to each other, then enjoyed afternoon tea with family and friends on the lawns under the shade of a large gum tree.
Photos were taken with Jeremiah and Cali, the resident miniature donkeys and even feathered friends made it into some shots!
As a complete surprise, Daniel and Ashleigh had gone dancing school together to practise a beautiful routine that was delivered to perfection! They were unbelievably good! We had a little practise at Yatahlia Manor before leaving for the National Wine Centre.
Yatahlia is new to the wedding world, but a magic place for an intimate wedding. Nothing was too much trouble. The bride and her party slept at the venue the night before, and all her preparation happened at the venue. Breakfast and morning tea was provided. Everything immaculately presented, we had access to almost the whole estate for any photos we wanted. Gary and Lorelie make for perfect hosts!